One of the most important textile production centers in Turkey and in the world, Denizli has, after a long while, hosted Textile, Apparel Machines, Textile Chemicals and Digital Textile Printing Technologies Fair.

Opening its doors with intense participation in Denizli Metropolitan Municipality Culture, Congress and Fair area (Egs Park) on March 22nd, 2017, EGE TMF Fair has offered a feast of technology to textile manufacturers from Denizli and other surrounding provinces especially from Denizli for 4 days.

EGE TMF Project Manager, Mustafa HIZARCIOĞLU: “I would like to extend my thanks to enduring and staunch machine manufacturers.”

EGE TMF Fair, Project Manager, Mustafa Kemal Hızarcıoğlu has stated the following in the opening ceremony; “First of all, I would like to extend my deepest gratitude to all protocol members and enduring and staunch textile machine and accessory industrialists for their interest and support. Denizli is one of the most important textile centers of our country and in the world. It has an increasing trend each passing day with its contribution it has made to national and provincial economy with the export it has made so far. Despite the greatest economic crises and not avoiding making investment at all, Denizli and Denizli industrialists constitute especially frequenter of technology fairs and has state-of-the-art facilities of our country. Today, we will be very honoured to host here the textile and apparel manufacturers from Denizli and all corners of our country.”

Hızarcıoğlu has continued his speech as follows; “Denizli has opened its doors after a long while with such an organization. Our fair works we have started with a decision we adopted in November 2015 have been unfortunately suspended with treacherous and despicable coup attempt and increase in foreign exchange rate and increasing terrorist incidents and referendum to be held on April 15th and State of Emergency and this case has prevented the participation of several firms and despite this, we have reached today without losing anything from our excitement as in the first day. I would like to thank our valuable textile machinery and accessories industrialists and non-governmental organizations in Denizli who have never lost their support and trust in us.”

He ended his statement by saying that “I hope this fair will respond to the expectations of our participating companies and visitors.”

President of DETGİS Association, Mustafa Koltuksuz has said in his statement: “Textile Machines have arrived at Denizli with EGE TMF Fair under the leadership İZGİ FUARCILIK after 14 years. I would like to extend my thanks from here. As a textile businessman from Denizli, I am having a great happiness as such a big organization is held here. I hope this incident will be continuous and our city becomes one of the fair cities of the world with such organizations. I would like to extend my gratitude for myself and for my association to all protocol members and all participants coming to our city with EGE TMF Fair.

President Deputy of DENİB, İbrahim Uzunoğlu; “This organization has been a morale for our industry and Denizli.”

President Deputy of DENİB, İbrahim Uzunoğlu has stated in his short statement; “I hope EGE TMF Fair brings good luck to Denizli and entire textile industry. As pointed out by other speakers, the fair will bring a new synergy and excitement to our city and industry. I hope this organization will respond to all expectations and as Denizli, we will continue hosting such a great organization with your indispensable contributions. 15 years’ time is a very long period and I would like to thank İzgi Fuarcılık in order for such a fair to visit our city again.”

Denizli, Metropolitan Municipality Mayor Deputy, Ali Değirmenci; “An Environment we would like to see has been created”

Denizli, Metropolitan Municipality, Mayor Deputy, Ali Değirmenci has stated in his speech; “Our distinguished Members of Parliament and Protocol members, welcome to EGE TMF Fair. A beautiful environment and organization and machines working like a charm. This is an environment we really want to see. I would like to express our gratitude to everyone who has contributed their efforts and labours. I would like you to be aware of the fact that we will always give support to such organizations and fairs as Denizli Metropolitan Municipality. Such organizations change the atmosphere of a city. It brings mobility dynamism. I hope all of you get what you deserve.

Ak Party Deniz MP, Şahin Tin, has stated in his short speech; “I would like to express my gratitude to İzgi Fuarcılık Ltd. Şti. and Mr. Mustafa Hızarcıoğlu for bringing such a beautiful fair to our city and such an environment to us. I see this event as a Denizli textile city and a delayed organization. We go to the fairs outside Denizli for getting technologies. And we see that such fairs can be organized here as well. Now, as Ak Party, we have a number of economic projects at hand. Again, we offer interest-free credit supports and grant loans. Now, we are getting prepared for establishing Machinery Organized Industrial Zone in Denizli. I hope we will produce many technologies here with the initiatives of your valuable industrialists. We have been working and will continue to work for continuous economic development and welfare since the day we came to power as AK Party. As mentioned in the opening speech of Mr. Mustafa, we had a treacherous coup attempt in July 15th. Afterwards, attacks from every corner of our country started. As mentioned by our Distinguished President, we will never let this country be taken under control by anyone else. We shall not surrender this country to them.”

Following ribbon cutting with the participation of protocol members, participants and visitor firms, the fair was opened to all visitors.

Credit and incentive desk opened with the participation of 8 institutions under the leadership of Deniz Chamber of Commerce and innovative technologies exhibited for the first time have attracted great attention of the visitors.

While the vast number of pre-sale machines was attention drawing, the firms have expressed their satisfaction from the fair.

On the 2nd day of the fair, Ak Party, Denizli MP, Cahit Özkan visited the fair. Delivering a brief speech, Özkan has stated; “That the fair is of vast participation in this way is a very crucial advantage for Denizli and our city. When Mr. Mustafa came 2 months ago and told us about this project, I got a great thrill and happiness. This was the fair really required to be held for Denizli. Now, we have visited the stands and the satisfaction they have expressed while handing over the plaques and their wishes for continuity of the fair are really elating. I would like to express my gratitude to Mr. Mustafa and I would like to point out that we will always be giving supports.

CHP Denizli MP, Melike Basmacı; “Apparently, this space is not adequate for Denizli.”

CHP, Denizli MP, Melike Basmacı, stated in her brief statement after visiting each stand on March 24th, 2017; “We have witnessed during our visit to the firm, this space has become inadequate for this fair area. Today, here, there are many technology producers having participated from several countries of the world and our country. This is a pleasing progress for Denizli and our country. I hope we will host a fair with broader participation in the upcoming years. I would like to thank you very much for everyone who has contributed their efforts and labour for this fair.

CHP, Deniz MP, Kazım Arslan: “I really got pleased as a textile businessman from Denizli”

CHP, Deniz MP, Kazım Arslan visited the firm stands one by one during the fair visit and got information about the machines exhibited. In his statement, he said; “I am in a great happiness as an industrial textile businessman from Denizli. I am very pleased to see such technologies to be exhibited here after many years. Our industrialists have visited other fairs for years. Now, we see the persons, investors, industrialists coming to visit a fair organized in Denizli. I congratulate everyone who has contributed their efforts and labours”.

Textile and apparel association federations and association president and representatives connected to the federation have visited the stands one by one and wished success to the firms. In addition to this, they have presented their plaques to the representatives of the companies that have contributed their efforts in organization of the fair.

It has been determined that a preliminary agreement in the amount of approximately 100 million Turkish Lira has been concluded in the fair flooded by visitors for 4 days. Weaving Machines, Knitting Machines, Painting and Finishing Machines, Textile Chemicals and Laboratory Products and Apparel Machines are in the foreground among the machines sold. 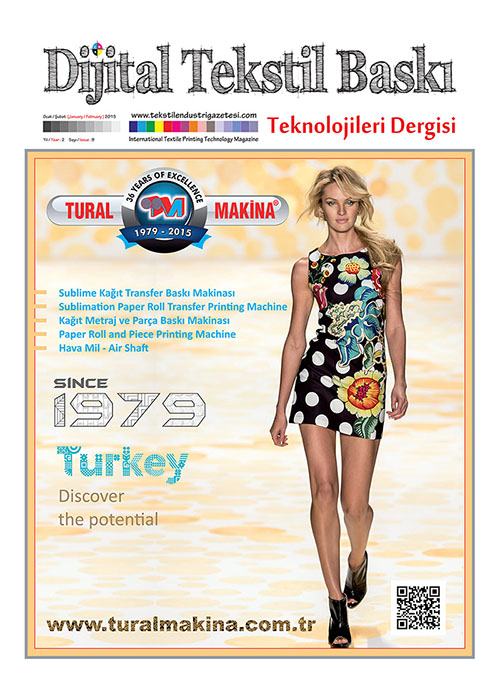